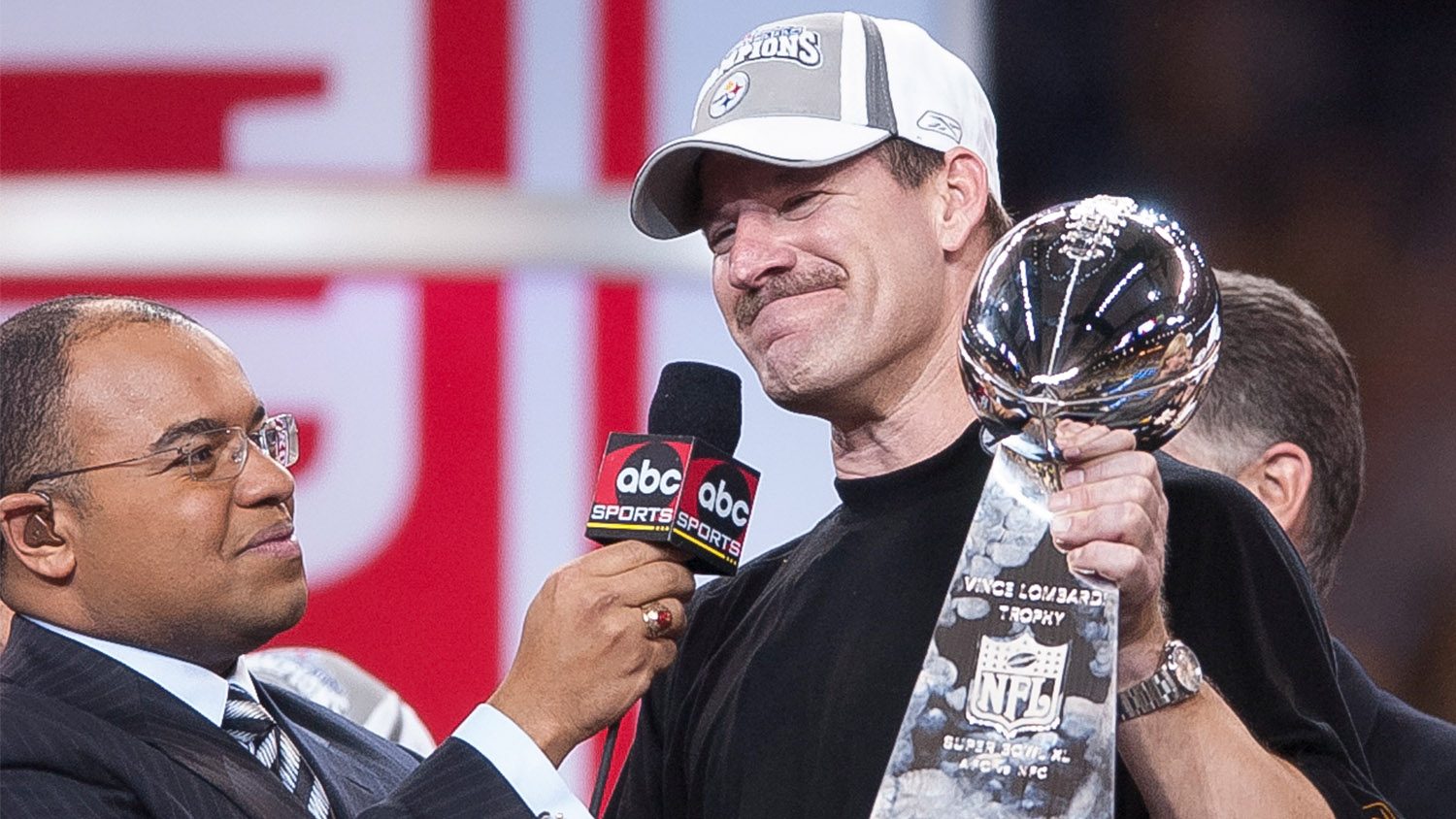 “I love football, but my football life has been as much about family as it’s been about football.” – Bill Cowher

Each episode of A Football Life – as well as all NFL Network programming – can be streamed live through the NFL app and via Watch NFL Network on smartphones, tablets, PCs and connected TV devices (Amazon Fire TV, Android TV, Apple TV, PlayStation 4 and Roku). Access is available for NFL Network subscribers of participating TV providers. For more information, go to NFL.com/watch.

Among the topics discussed in Bill Cowher: A Football Life are:

Bill Cowher: A Football Life includes interviews with the following people and more:

Provided below are some select quotes from Bill Cowher: A Football Life:

– “I love football, but my football life has been as much about family as it’s been about football.” – Bill Cowher

– “Some coaches do certain things for the camera – none of that he did for the camera. Everything he did was authentic as it gets.” – Joey Porter

– “That chin, that scowl, that spit coming out of his mouth, his accent – all of those things are Pittsburgh through and through.” – Ben Roethlisberger

– “Would I ever go back? I doubt it. But I always said, and I will still continue to say, why shut a door that you never have to shut? I don’t know how I’ll feel two or three years from now. I’ve seen other people get too much of an itch, they want to come back.” – Bill Cowher on his coaching future

– “There was validation…To bring that back to the city of Pittsburgh that many years later, a place where I grew up, it was pretty surreal.” – Bill Cowher on winning Super Bowl XL

– “I think Bill got the best of both worlds. He got his fire and energy, and Marty [Schottenheimer’s] preparation. When the two came together, you saw the results. You just could sense that here’s a guy that people will follow, and you knew it was just a matter of time before some organization was going to take advantage of that.” – Tony Dungy

– “For a nine-year old to say, ‘Win or lose, Dad you’ll still be my hero,’ I’m like wow. It really to me encapsulates what our family is about. The very deepest, worst loss you can experience but all of a sudden there is your family. That was my strength. It was family that gets you through those tough times.” – Bill Cowher

This year, the 11-episode season of the highly-acclaimed series A Football Life airs Friday at 8:00 PM ET. Below is a broadcast schedule for upcoming episodes of A Football Life: