The Changing Uniforms Of Life 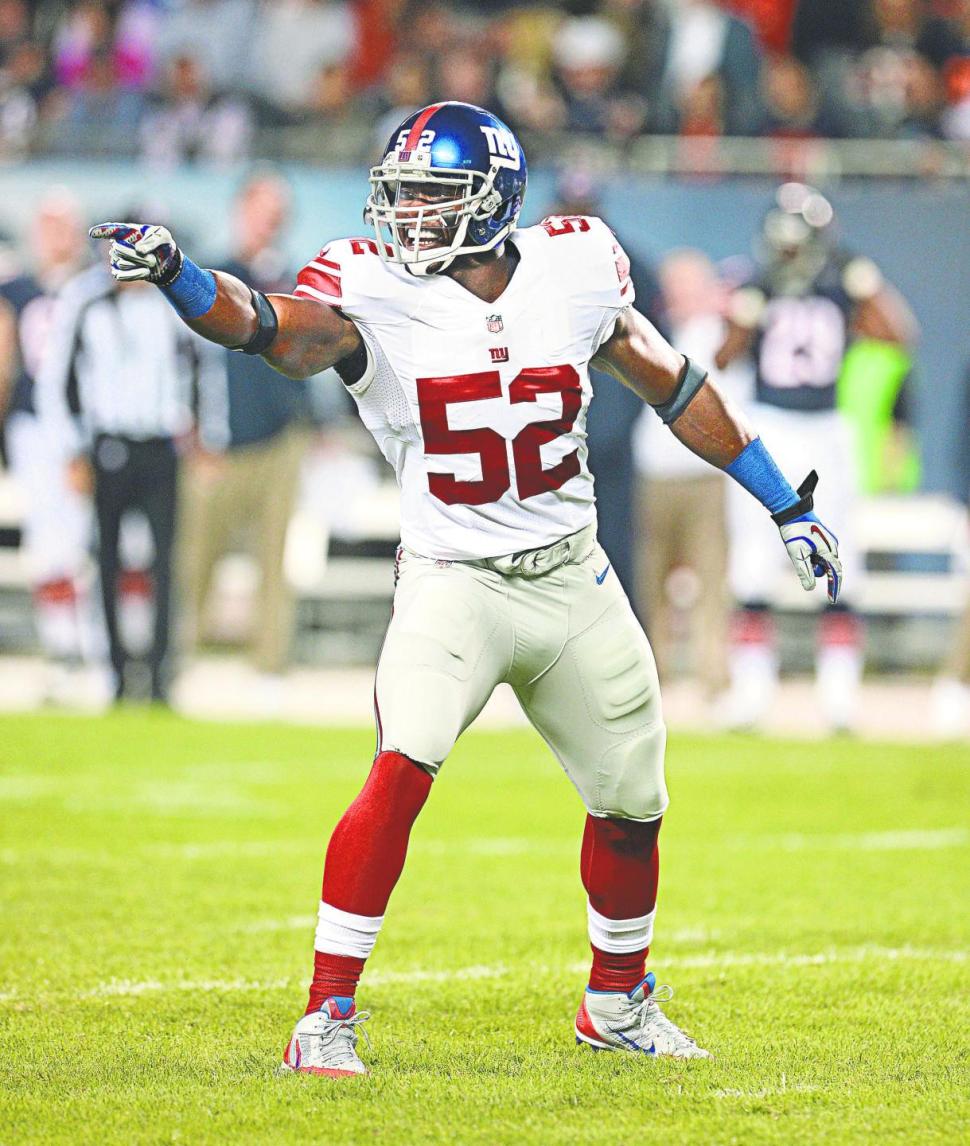 Life can be hard especially when starting a new career.  Hanging up the cleats can be difficult but starting a new job after football can be even harder.

Learning the essential tools in life often come from unexpected places, being open-minded is a part of the learning process.

Jon Beason, is a former NFL star who is now being represented by Kristin Bredes LaFemina of Playbook Inc.  These days Beason does not find himself on the field playing but is still very much a part of football.  His role has changed from play calling at the linebacker position to observing the games from an analytical point of view.

Beason grew up in Miramer, FL.  From the moments during his adolescent years until now, he credits his mother as one of his biggest influences.  He developed his foundation to help children become successful by learning from the lessons he learned during his childhood.  Beason who is now in the beginning stages of his on-screen analyst job for CBS, did not always make a living appearing on television.

Many people would say Beason is just starting out on TV; the truth is he has been making the transition from the field to the studio his entire life.

“I would say that I always took the same approach, I was the guy who would pay attention to detail, work extremely hard at it, with the proper methodology in anything, work ethic, you can go out and be successful at it” said Beason when asked about how his preparation for his new job has changed from being on the field.

At a young age Beason wanted to diversify his motor skills, to do so he played multiple sports in high school, not just football.  To this day he offers advice to parents, students, and to everyone, for that matter, to try all sports.  They all bring something different to ones life, meaning some fit better than others for the individual.

Playing multiple sports at Chaminade Madonna College Preparatory High School, no question contributed to the building process of Beason’s life.  Each sport with each different coach provided a unique learning experience.  In his senior year he recorded 75 tackles and 5 interceptions, he also played fullback where he had over 800 yards and 12 touchdowns.  Along with football Beason also ran track and played basketball.

The University of Miami brought many new obstacles to overcome for Beason.  He wasn’t always the biggest guy; playing football for a division 1A program opened his eyes to seeing that everyone had talent.  There were many new challenges for Beason at the college level.

“At the University of Miami where there is so much competition, guys had come in being recruited at a higher level, you just have to stand there and beat them out because you put more time in” said Beason.

What it came down to then and still is now, is Jon’s willingness to work harder then the next guy.  Through sports Jon developed an exceptional work ethic.

Beason worked his was up the collegiate level to a first round, twenty-fifth overall draft pick in a draft class that is still regarded as one of the top classes in history.  In the 2007 NFL Draft the Carolina Panthers, a smaller market team at that time, drafted Beason.  He went on to have incredible years playing linebacker for the team based out of Charlotte, NC.

In 4 seasons with the Panthers, Beason started every game and recorded 541 tackles, and 8 interceptions.  During those years he went to the Pro Bowl 3 times and was first team All-Pro.

Beason became the highest paid middle linebacker in 2011, shortly after he injured his Achilles tendon.  The injury brought a whole new set of challenges for Beason to overcome; but would also open new doors as he would eventually overcome injury obstacles and get traded to the big market New York Giants in 2013.

“I think when you get hit with adversity some people crumble in it, other people stand up and overcome that’s the same thing with an injury.  You say wow I got hurt now what, you don’t feel sorry for yourself, you get the surgery and now it’s time for rehab.  You attack with everything you have.”

Beason explained what it takes to overcome an injury, “My mind set for the very first time I had a big injury to the last injury I suffered, I will not be who I was I use to tell myself that.  The player I was, the level, the speed, whatever it was, I would be better.  I will do more and you go through the process of rehab and you take it to another level.”

Fighting through blockers, injuries, practices, and inclement weather still has not changed as Beason works hard even now for his job in the studio.  Like every chapter of his life that he has accomplished or risen above, he will face new challenges in the future years to come.

“There are 16 games that I have to potentially talk about, know about.  I need to know coordinators, schemes, I need to know players, back up players, players that are injured; I need to know how they match up against the opposing team.  That’s all fine, when I was playing it was one game, one team, not two offenses.”

Without success Jon may not have had the chance to really give back, which is another passion of his other then sports.  “When you are in the position to give back I think you should” said Beason.  Education will always come first.

Instead of just teaching kids how to be a professional football player Jon Beason wanted to show kids they could do anything they put their mind too.

Charities are beneficial and Beason frequently contributes to other players’ events while continuing his own foundations.

What is Beason doing now?

The days of playing football are now behind Beason but the game itself is still prevalent in his life.  As an employee of CBS interactive and NFLAnalyst.com, Beason still has his hands full with a heavy workload.

Thursday starts the week for Beason as work starts hours before the Thursday game kicks off.  Beason takes that game information into Friday’s recap where he also goes into Sunday’s matchups and previews the upcoming games.  For someone who enjoys the sport and loves being around it this is a dream come true.

Saturday is a prep day, he will watch film and study offenses and defenses as he prepares himself for Sundays NFL games.  Sunday consist of getting to the studio before the early games.  He steps into the room that shows every game of the day.

Beason enjoys every minute he spends around football, with that being said he also has a job to do, which is to analyze weekly NFL games.  Beason officially goes on air during halftime of the Sunday early games to breakdown the first half.  Then it’s more watching games and note taking for the second half of the early games and beginning of the mid-day games.

Jon Beason has always kept the same mind frame to attack and overcome throughout his career first as a student, then as a college athlete, an NFL player and now as an analyst.  Beason continues to educate those around him about how success breeds success whether the job is more physical or mental; in his opinion it always carries the same approach.

More in The Transition