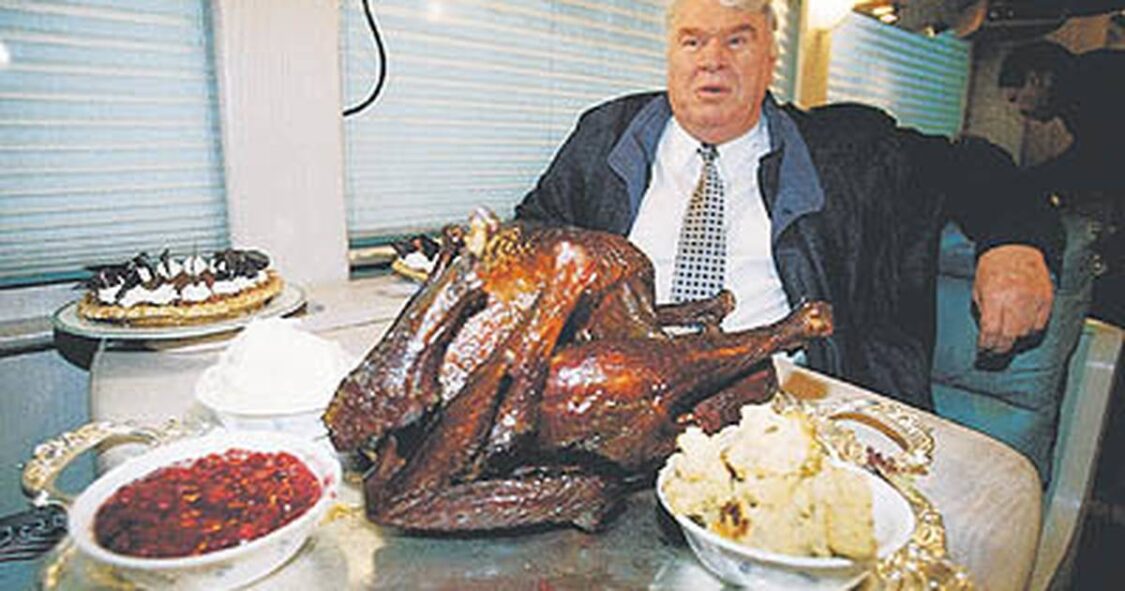 Today is a day for giving thanks to everyone in our lives and what’s given to us. It’s also a day to watch football while gathering with friends and family. Two games on Thanksgiving had been the early staple before moving to three in 2006, giving us plenty of all time great performances. Here are the top five best performances from those games in the Super Bowl era. Griese’s all time performance has become a forgotten one over time. Facing a 7-3 Cardinals team, Griese lit up the then St. Louis defense early. Griese managed to throw two touchdowns each of the first three quarters, leading Miami to a 55-14 thumping of the Cardinals on Thanksgiving day. The Hall of Fame quarterback only completed 15 passes all day, 6 of which went into the endzone. Today this moment turns 45 years old and it also marks the last time the Dallas Cowboys didn’t play on Thanksgiving day. Romo didn’t make his first start for the Cowboys until October of 2006, so this Thanksgiving day performance came in just his 5th career start. The 2003 draftee threw the Tampa Bay Buccaneers into the oven with a 38-10 victory. The highlight of the day was a 30 yard touchdown pass to Terry Glenn and another one of those going to Terrell Owens. While the Cowboys do play every year on Thanksgiving, this is their only spot on my list. The Bills running back chose Thanksgiving day to break the single-game rushing record at the time. Simpson ran all over the Detroit defense, averaging 9.4 yards per carry. Simpson’s longest run of the day was a 48 yard scamper. Unfortunately, Simpsons more than historic day on the ground wasn’t enough to get the Buffalo Bills the win. Simpson’s Bills are the only team to lose their Thanksgiving game on this list. 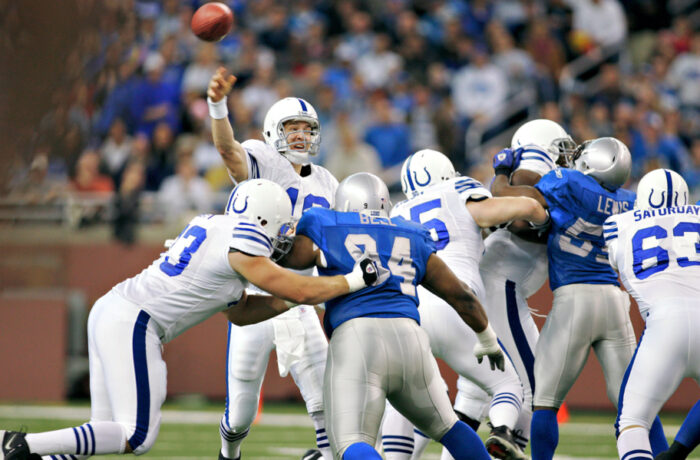 The Sheriff of Indianapolis came to Detroit hungry for a Thanksgiving victory on this day in 2004. Manning and the Colts didn’t commit a single turnover and led in time of possession. That being said, the 41-9 final score makes it hard to believe the Lion offense outgained the Colts during this Thanksgiving Day grilling. Despite the lack of yardage compared to Detroit, Manning’s 4 first half touchdown passes made it clear Indianapolis came to play and unfortunately the Detroit couldn’t keep up. 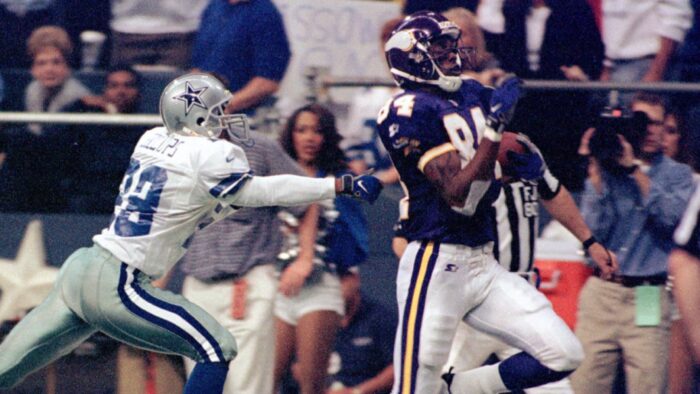 Image: Vikings.com
The top Thanksgiving Day performance on my list is none other than Randy Moss. The 1998 rookie made his name known on national television against “America’s Team.” Moss hauled in just three receptions on the day, all of which went for long touchdowns. The first touchdown went for 51 yards, and the other two for 56. The Cowboys had no answer for Moss’ deep play ability allowing the Vikings to feast on the Cowboys towards a 46-36 victory.

A few of these performances were worthy of the John Madden Turkey Leg Award given out to the best players on Thanksgiving since 1989. With a piping hot turkey leg waiting in the oven, these all time greats feasted before and after the final whistle. Football has become a Thanksgiving tradition and today we get three more games, all of which have an opportunity for all-time great performances and a Turkey Leg award. Please enjoy the time with friends and family and have a Happy Thanksgiving.

For more football articles on this holiday, check out our newest article series, Untapped Potential