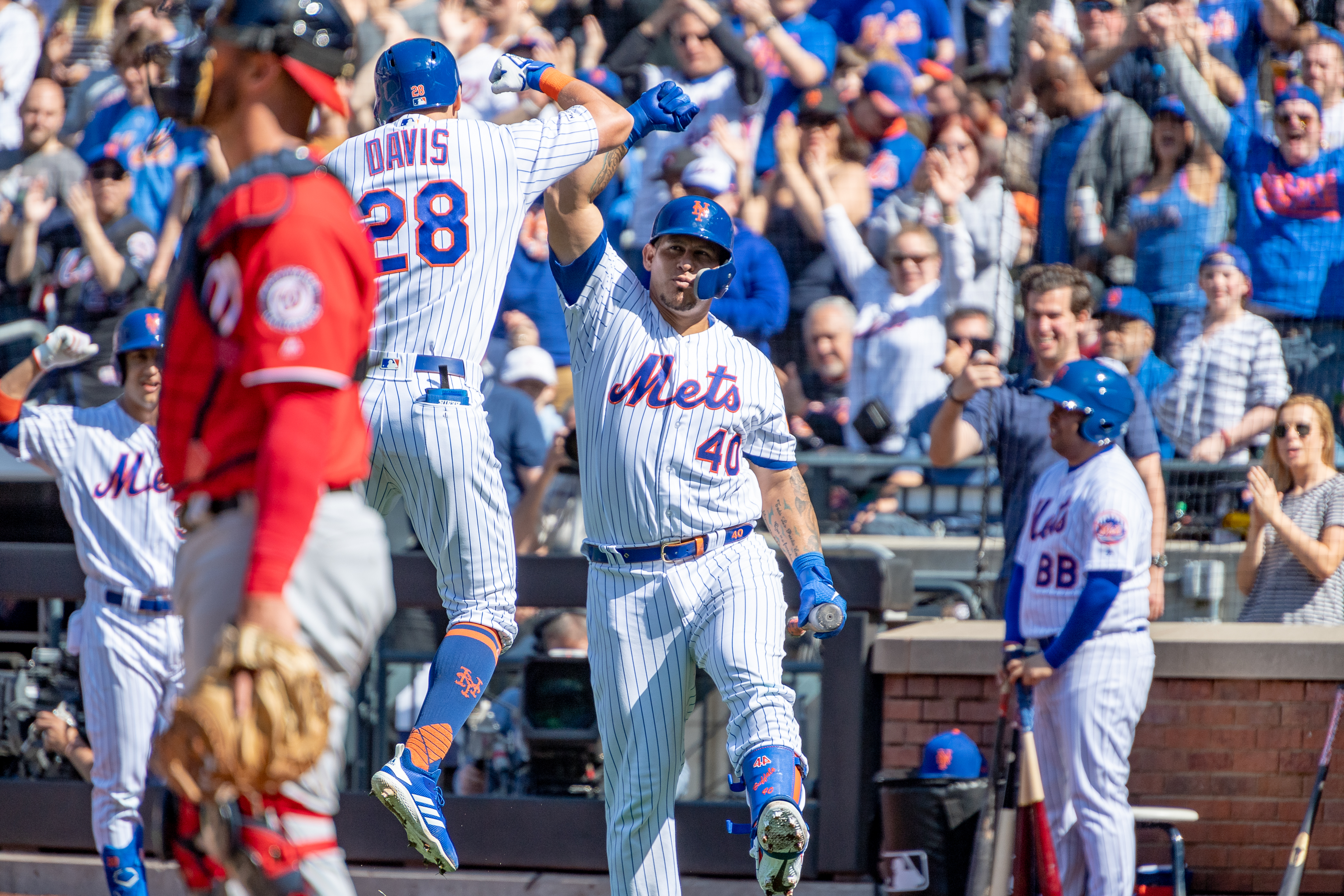 Flushing, New York – The New York Mets dropped two out of three against the Washington Nationals. This positions the Mets in second place at (6-3). They are currently .5 GB of the Philadelphia Phillies (6-2).

Game one featured a marquee pitching matchup. Strasburg and Syndergaard went toe to toe. The Met’s were on short rest their home opener. Strasburg looked untouchable, as the Mets were ultimately shut out 4-0. The Nationals managed only one hit until the ninth inning though. This was a home run off the bat of rookie sensation Victor Robles. The Met’s own Alonso and Robles lead rookies in most offensive categories. Wilmer Difo also drove in two runs to put the game out of reach.

The Mets bats were stagnant, maybe due to arriving in New York at 2 AM. This was caused by their previous series against the Marlins. Strasburg struck out nine in 6 2/3 innings pitched. The usually shaky National’s bullpen was lights out, closing out the remainder of the game without issue. Strasburg held a one hitter going into the seventh inning. After the game Strasburg said, “Pitching isn’t just about throwing as hard as you can. I never felt like I was a guy who tried to do that”. He’s referring to the tendency some pitchers have, which is to focus on the radar gun. Syndergaard was on his game, throwing six, allowing one hit, two strikeouts, and giving up two walks. He had two Earned Runs, the Homer by Robles and a Difo sacrifice fly accounted for those.

Game two, following a day off, featured Steven Matz against newly acquired Patrick Corbin. The Nationals acquired him from the Diamondbacks. The Met’s gave out Todd Frazier WWE-focused bobble heads. This was due to Wrestlemania being next week. WWE superstars were in attendance and were very fan friendly. Be sure to check out Wrestlemania next week, as the entertainment enterprise is making splashes. The first four innings were dominated by strikeouts, 11 in total. J.D. Davis would open up the scoring by hitting a solo blast off Corbin. Zimmerman would tie it up at 1, with a ground out RBI in the sixth. In the bottom half of the sixth, Davis once again homered on a 2-1 count.

This may have silenced some of the doubters, scratching their head as to why he was starting at third that day. Conforto would also homer in the same inning. This had the Mets up 3-1, before a mental blunder caused the Nats to put up another run. Ramos allowed a past ball and couldn’t find the ball, allowing Robles to score all the way from second base. One does not certainly see this everyday and is not like Ramos at all. He has a reputation for being almost like “a cat” behind the dish and mental errors are alien to him. Familia could have communicated the spot of the ball better to avoid this.

In the top of the 8th, Rendon and Difo both homered, to put the Nationals ahead 5-3. Rendon still seems to be a Met’s “Killer”. As all was thought to be lost, the bottom of the 8th was quite an inning. Rookie “Pete” Alonso homered, as well as Cano, tying it up at 5-5. Citi Field was rocking at this point and Keon Broxton came up in a key scenario. His two out single, brought home Conforto, putting the Met’s ahead 6-5. Diaz came in and ended the game in the ninth, earning the save. Pitching notes include Matz throwing five shutout innings. Although he walked four, threw 103 pitches, but he did strike out 8 and get out of timely jams. Corbin, who recently inked a 6 year 140 million dollar deal, didn’t pitch horrendous. His problem was the long ball, yielding 3 dingers over 6 IP. He also allowed 6 hits, struck out nine and allowed one free pass. J.D. Davis, acquired from Houston, was the hero of the day with his two home run day.

The rubber match had Cy Young runner-up Max Scherzer, go up against Zach Wheeler. This game was dominated by offense, as the final was 12-9 Nationals. Scherzer went 6 1/3 IP scattering 8 hits, allowing four runs, while striking out seven. Wheeler labored, walking seven, allowing seven ER, on only four hits given up. Rendon, once again, hit a 3 run home run.

This was his fourth home run, in the last five games. Scherzer had his run support, even singling a run in himself. There was a scare for Scherzer, as Broxton hit a ball off his right leg in the fifth inning. “Mad Max” went on to face ten more batters. He said after the game, ” It was fine during the game, was able to just kind of keep it moving so it didn’t tighten up”. This opened up a 12-1 Nationals lead.

The Mets were tenacious and didn’t roll over though. With Nimmo and Mcneil driving in runs. Alonso and Conforto again homered as well, showcasing their offensive potential. The rally ultimately fell short at 12-9, with Sean Doolittle ending the game. Adam Eaton notched two RBI’s, as did Kurt Suzuki. Robles, Scherzer, Zimmerman, and recently back in action Howie Kendrick all notched one RBI. The Story of the day was definitely the erratic nature of wheeler. Walking seven is tough to win games with.

The Mets stay at Citi for a two game set against the Minnesota Twins. Then they head on the road for a tough test, against the Atlanta Braves. This is a four game series, which will certainly impact the division standings. The Braves and Phillies are the real “litmus test” for the Met’s legitimacy. On a side note, Dallas Keuchel has popped up on the rumor mill for the Mets. The price tag is hefty, but if so, he would presumably replace Jason Vargas in the rotation. He is reportedly seeking a one-year 17.9 million dollar deal. The lefty would create quite a formidable starting staff for the New York Mets.