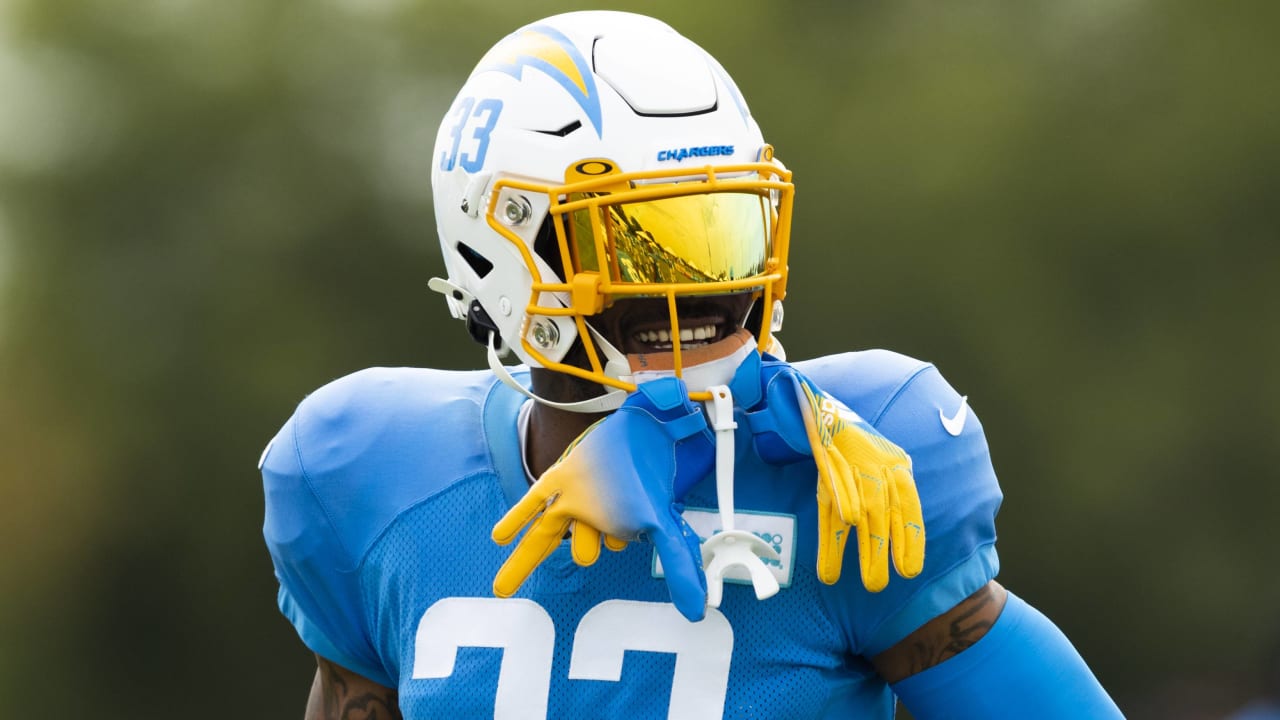 Los Angeles Chargers Derwin James is primed for a monster year after missing season last year with a torn meniscus. The All-Pro safety hasn’t seen the field consistently since his sensational rookie season. Just two years ago, James suffered a stress fracture of the fifth metatarsal in his foot that forced him to miss 11 games. With back-to-back injury plagued seasons, all eyes are on James to stay healthy this year. However, after undergoing a rigorous rehab program, James should be a front runner for Comeback Player Of the Year.

This offseason for the Chargers was a total recall in staff and philosophy. The front office shifted mindsets from an offensive head coach in Anthony Lynn to a defensive guru in Brandon Staley. Staley, who came from the Los Angeles Rams, led them to the number one defense in the league last season. That in itself speaks volume for the Chargers, but more importantly for James. Staley was very fond of his players last season, in particular Jalen Ramsey, who has quite the friendship with James. In regards to that aspect, it’s obvious that Staley plans to use James in a critical role as he did with Ramsey in the secondary as they are both lengthy defenders.

“He looks great. He sounds great — as you know one of his strengths as a football player is his leadership and that energy that he gives everybody each and every day. So you can see that he’s a multiplier out there,” Staley said. “I mean, from the minute that I got hired, I met this guy at my press conference and I felt better about our chances. So when he’s out there, our chances increase by a whole bunch.

When drafted back in 2018, many viewed James as a top five talent. How he slid to the Chargers at 17 still baffles analysts to this day. James’ role was always going to be a significant one for the simple reason that he is a generational talent. If you look at the tools he possesses, he’s a long rangy defender who is not afraid to lay a hit and has speed to him. He can matchup with slot receivers as well as big tight ends such as Travis Kelce. Just as he plays coverage at a top-tier level, he can also rush the passer with the best of them. Always a constant threat as a rusher and pass defender, opposing offenses must know where James is at all times because of his play making ability.

Already a leader in the locker room, James has earned the respect of his teammates and looks to take his team to the next level. With Staley at the helm calling the plays, look for James to make adjustments as well. If one thing sticks out about James, it’s his hard work and dedication to his craft. Those are the leadership qualities that the front office loves to see in their franchise players. Just as Michael Jordan said in the Last Dance, “I never had my teammates do what I never did” is a testament to what James is currently doing. When players see their leaders putting in the work to improve upon themselves, it galvanizes the entire group to be better.

Tannehill’s In Make It or Break Year?
Drew Brees Stops By Chargers Camp