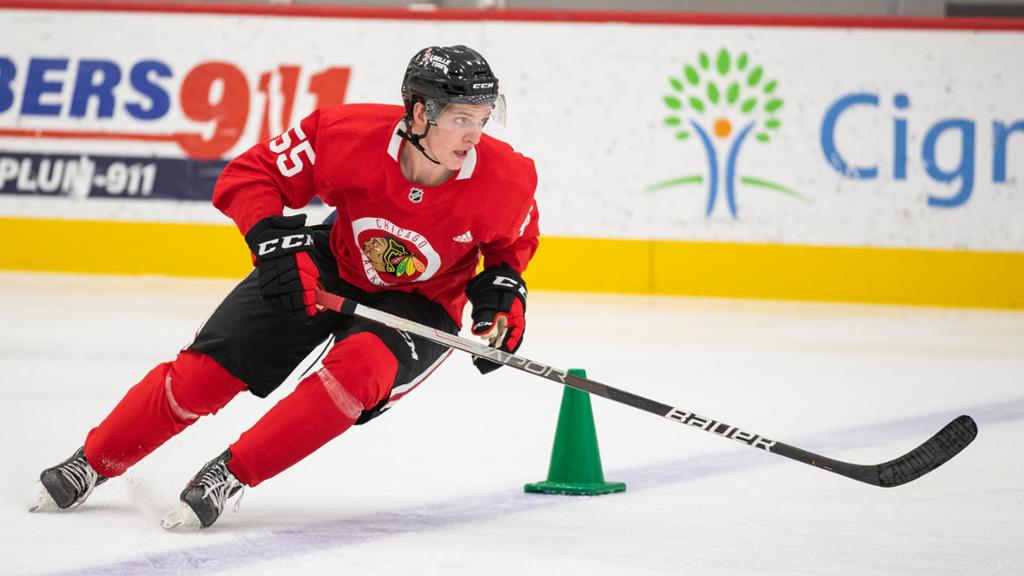 Where do we start with the Blackhawks? The Hawks endured one of their more embarrassing seasons in recent years, finishing near the bottom of the Central Division again while performing damage control under the dark cloud of the Kyle Beach controversy last year. General Manager Stan Bowman & Senior Director of Hockey Operations Al MacIsaac immediately resigned in the wake of the scandal which led to a lengthy GM search resulting in the hiring of Kyle Davidson. With a poor start to the season in 2021, the Hawks couldn’t recover and began clearing house with the trades of Brandon Hagel and Marc-Andre Fleury. Chicago has not been competitive for over five years and has finally committed to a full rebuild after years of questionable off-season signings & trades.

The Blackhawks kicked off their offseason with the hiring of head coach Luke Richardson, a former NHL Defenceman with six teams in over a twenty year career and assistant coach most recently for the Montreal Canadiens. Richardson was an important part of the Canadiens run to the Stanley Cup in 2021, filling in for Dominique Ducharme during the Eastern Conference Finals leading them to a series victory over the Vegas Golden Knights. Richardson should lend valuable professional experience to an increasingly younger roster in the midst of restructuring.

Kyle Davidson dealt away Alex DeBrincat to the Ottawa Senators in what could only be categorized as one of the worst trades the Blackhawks have made in their long storied history, rivaling the departure of Artemi Panarin. How a rebuilding team with one of the most promising young forwards in the NHL (only 24 years of age) could deal DeBrincat away for only three draft picks (2022 Nos. 7 & 39 and 2024 3rd Rounder) and no current highly touted prospects as a part of the package. DeBrincat could still have fit within their rebuild window and may have been a valuable piece towards a contending team in four to five years. Kirby Dach was also sent away in a separate trade to the Montreal Canadiens for 2022 draft picks (Nos. 13 & 66) which made more sense in comparison to the DeBrincat trade. The Hawks also took on goaltender Petr Mrazek’s contract and received the 2022 No. 25 pick from the Toronto Maple Leafs in exchange for the Hawks No. 38 pick.

The Blackhawks parlayed their recently acquired first round draft picks into the likes of Kevin Korchinski, Frank Nazar and Sam Rinzel whose collective development will be closely monitored. Davidson let Dylan Strome, Dominik Kubalik & Kevin Lankinen all walk in free agency without acquiring any assets for them in the previous season which could be tallied onto the growing list of fresh blunders by the young GM. Max Domi and Andreas Athanasiou were signed to one year deals and could be valuable at the trade deadline next year in acquiring more draft assets & prospects to bolster their middling pool of talent. Colin Blackwell was signed to a two-year deal and seems more feasible for him to stay a Blackhawk based on their needs.

The Chicago Blackhawks will most likely be one of the least competitive teams in the NHL this year and will be bottom dwellers of the Central Division once again. The futures of Jonathan Toews & Patrick Kane are in question with neither seeming excited about sticking around for a full scale rebuild in Chicago. The two remaining pieces of the Blackhawks three Stanley Cup teams of the 2010’s are only under contract for this year with no discussions of extensions on the table currently.

Kane was still a productive member of the Hawks last year, putting up 92 points on 26 goals & 66 assists. Toews however has been struggling through illness & injuries in more recent years and has been difficult to keep on the ice with less than stellar production when he has been active. The hope would be that the Hawks can convince at least Patrick Kane to stay through this rebuild and potentially add another Stanley Cup to his trophy case in the twilight of his career. Toews has been more outwardly opposed to a rebuild and may want out of Chicago if he doesn’t have the patience to wait on the acquisitions and development of the team. It would be no surprise if Toews and/or Kane are dealt as rentals to contending teams at the deadline this year if cost effective contract extensions can’t be worked out. It may behoove the Hawks to consider moving on from Seth Jones’ albatross of a contract and put feelers out for what it would take to ship him out to another franchise.

The Hawks have no intentions of contending this year and many have accused them of engaging in a full blown tank to vie for one of the top spots in the 2023 NHL Draft. Generational talents in Connor Bedard & Matvei Michkov will be available at the top of the draft board and if the Blackhawks can land somewhere in the top two picks then they could be looking at the spark for another championship run in four to five years. This year will be a similarly painful one compared to the previous handful but at least the Blackhawks, despite some dubious moves early on in Davidson’s tenure, will have a firm direction going forward committing to rebuild the team from the ground up.