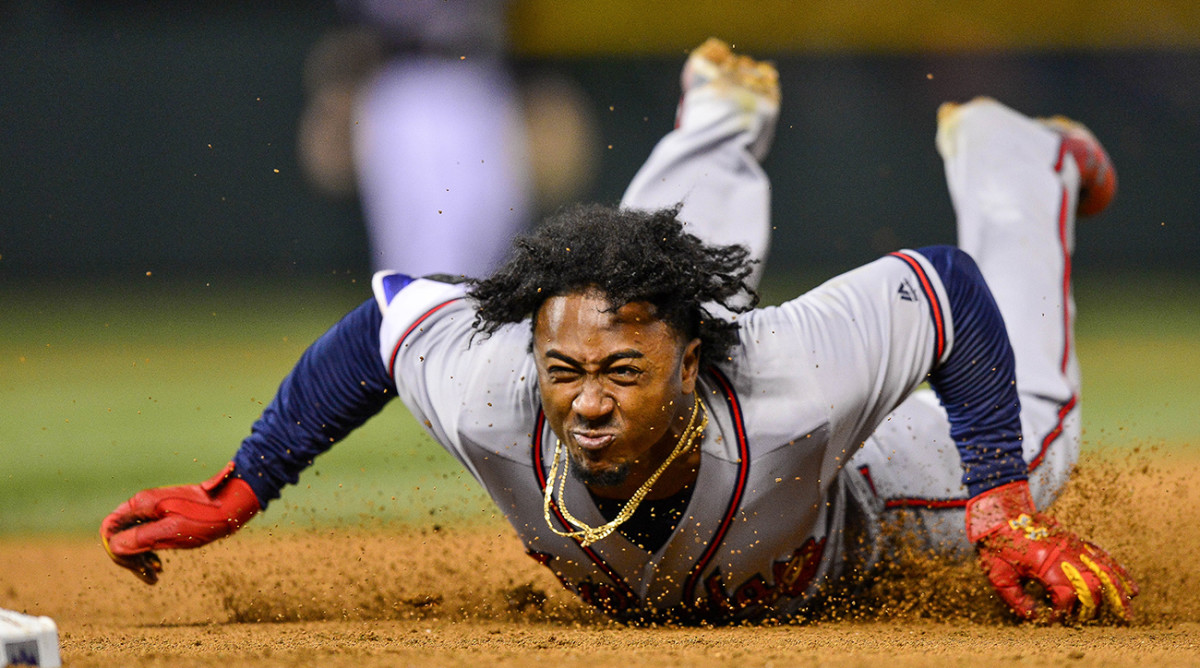 How I think the Braves should fix the hole they have sitting at shortstop for the 2023 season coming up in April.

In the past six years the Braves have played 948 games, and Dansby Swanson has started 842 of those. The Braves have not had a positional hole this big to fill in years, even last year with Freddie Freeman they had Matt Olson before Freeman was even out of the clubhouse. The past is the past though, and we now find ourselves staring at an empty spot between second and third and as of right now they have no answer as to who is going to fill this void… until now. I have figured out a solution to the Braves’ problem that just makes sense.

Everybody has been saying Vaughn Grissom, Orlando Arcia, Ehire Adrianza, but none of these are the fix though. Through a lot of thought and pondering I have figured it out, Ozzie Albies should be the next Braves shortstop. During his rise through the farm system, Ozzie played 319 more innings at shortstop than he did at second base. Obviously due to Swanson, Ozzie has not seen the shortstop position in the majors. What I believe the Braves should do is simple, slide Ozzie over to shortstop and put Vaughn Grissom at second just like he was playing all of last year. It just makes sense, why would they not put a more experienced player at SS and leave Grissom at second since that’s where he has grown used to?

I do know that things “just making sense” isn’t enough these days, so allow me to break it down for you. Ozzie Albies has a fielding percentage of .988, and through six total seasons at second base he only recorded 30 errors and turned 366 double plays. Obviously, Ozzie will not slide over and start playing top of his game right away, but he has shown that he is a stud on defense and after all, short is his original position. On the other hand, Grissom only recorded 4 errors all season during his 42 games and brought in a fielding percentage of .974. The kid shows promise, and his bat is strong so there is no reason the Braves should not start the season with Grissom in their lineup. He simply performed too well last year to start Adrianza or Arcia over him.

If you want to hear my idea of the devil’s advocate, I have very few arguments against my master plan except these. Ozzie has experienced a number of lower body injuries that have caused him to slow down a bit, but with a coach like Ron Washington I don’t see anyone in the Braves infield being unprepared. Obviously, Grissom is only 21 and his youth does make a good argument to have him and his athleticism at shortstop. His youth is also the reason why I am weary to throw him out there with such little preparation. Between the minors and majors he has only played 163 games which may as well be zero with how much most players get before getting the big call up.

All in all, I trust Ron Washington to do whatever is best for the team and what will produce the most wins in the win column. Ozzie Albies would be a solid fit at shortstop. I just think that us as fans have not been giving this idea any thought. Say it with me now: it just makes sense.