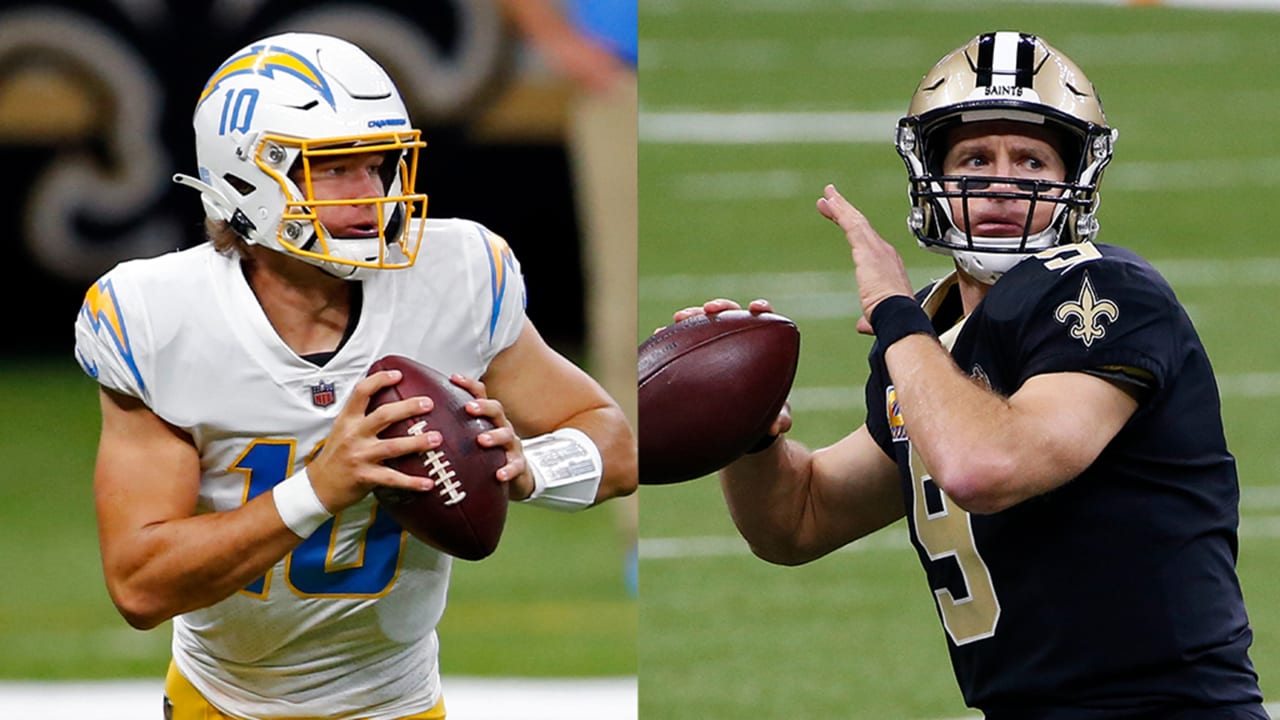 In an unexpected turnout, the Los Angeles Chargers were visited by recently retired quarterback Drew Brees. Brees has multiple ties to the So Cal organization. First being that the Chargers drafted him in 2001, his former QB coach Joe Lombardi is now the Chargers offensive coordinator and he has a relationship with Justin Herbert.

Brees appeared at the Chargers camp as a part of his new analyst role with NBC surveying the talent around. However, as most of us know he was there to see Herbert in action. The two have encountered each other a few times since Herbert’s come into the league. First being in a Week Five showdown on Monday Night Football where Brees came out on top and the next at a golf event earlier in the offseason. Brees has nothing but high praise for Herbert as he sees that the future is bright for him.

“I think his physical tools are as good as anybody I’ve ever seen,” Brees told Fernando Ramirez of Sports Illustrated’s Charger Report. “By all accounts, he’s a great worker. He’s got great leadership qualities, he’s got a lot of intangibles. So I think the sky’s the limit for a guy like him.”

Another reason as to why the appearance of Brees could have paid dividends to Herbert, is his knowledge of Lombardi’s play style. Both spent 12 years together in New Orleans, building one of the best QB-QB coach tandem in the league. Herbert already made it known that he will reach out to Brees for advice regarding the offense.

“I love the fact that he’s in this offense now with Joe Lombardi,” Brees said. “He brings a ton of knowledge and experience, not only coaching quarterbacks but also within the system that we ran. And I think he’ll be able to tailor-make that for Justin’s skills and obviously the tools and weapons that he has around him.”

With Lombardi calling the shots, the Chargers will enforce a play style much of what the Saints did with Brees. Much of which will be short pass, deep balls, screens and power running. This is perfect for Los Angeles as they have the weapons to make this offense work. In addition, Lombardi will incorporate what Herbert does well into the scheme which is standing in the pocket and gunning the ball down the field.

When asked about Lombardi’s offense, Brees compared it to “the restaurant menu that you’ve ever seen”. Those are pretty high remarks by the future Hall Of Famer, but it isn’t surprising. While under Lombardi, Brees threw for 53,770 yards, 400 touchdowns, 151 interceptions while completing 69% of his passes. Like Brees said, Herbert has all the tools to be a great quarterback in this league and has the resources around him to help get him there. Should Herbert find the same magic as Brees did with Lombardi, this Chargers offense will make a lot of noise this upcoming season.

Derwin James Will Determine How Season Goes
Big Blue Report: Is It Three and Out for Daniel Jones?