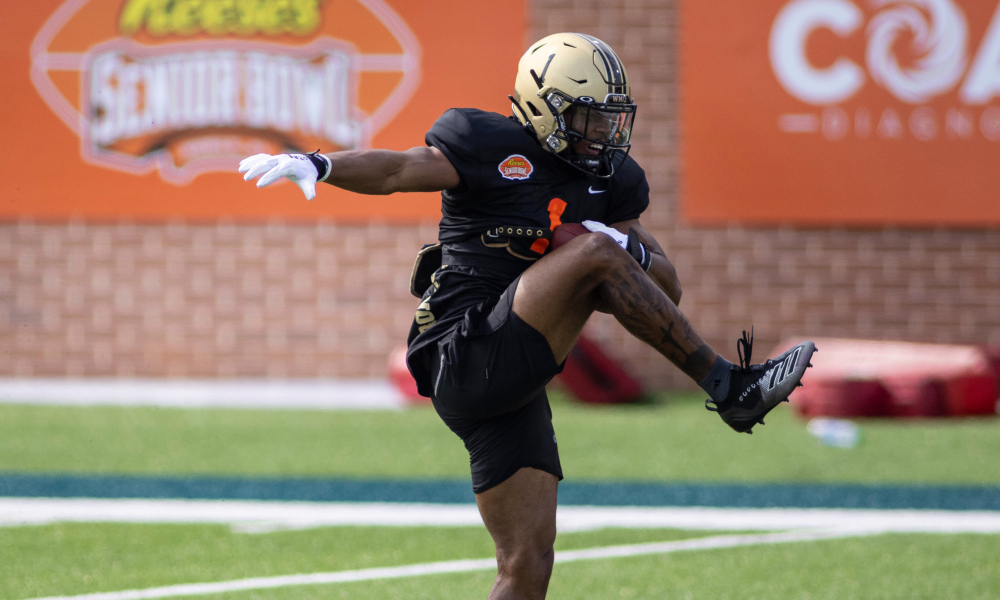 Leading up to the 2021 NFL Draft, Back Sports Page will release scouting reports on the NCAA’s top prospects. This edition: D’Wayne Eskridge.

Not since current-New York Jets wide receiver Corey Davis has Western Michigan University had a pass-catcher as talented as D’Wayne Eskridge headed in the NFL Draft.

The WMU prospect is headed into the 2021 NFL Draft after five season with Broncos. In that time, Eskridge recorded a total of 122 receptions for 2.260 yards and 15 touchdowns, averaging an eye-popping 18.5 yards per reception. In his final 2020 season, the speedy receiver also contributed in the kickoff return game, tallying 17 returns for 467 yards, returning one attempt for a touchdown.

At 5’9″ and weighing 190 pounds, D’Wayne Eskridge’s talents do not stop on the offensive side of the ball. Having played a few defensive snaps prior to the season, Eskridge was asked in 2019 to contribute more and began playing defensive back in addition to his role as a WR and kick returner, ending his season early due to a collarbone injury. He finished his career at Western Michigan with 21 tackles (15 solo, six assists), four passes defended (all in 2019), and one forced fumble.

Eskridge never truly found his position on the field until his final season, but his background as both a DB and WR makes him a well-rounded wide out. The Indiana native has a deep arsenal of routes and hands that seem to be magnetic to the ball, and contributes greatly in blocking schemes despite his smaller frame.

As dynamic as Eskridge is, his size may deter some NFL teams come Draft day. He has shown that he can be physically dominated by larger defensive backs if he doesn’t get off the line quick enough, and at the NFL-level, there are plenty of DBs that might cause him issues. Additionally, between being 24 years old and having broken his collarbone in 2019, coaches and general mangers may try to look elsewhere just because there are fresher options. However, this is not to say Eskridge won’t cut it in the NFL, as he will surely find his place from his versatility alone.

While he’ll have to work his way into a WR2 or starting slot role, D’Wayne Eskridge will surely find an immediate role as a WR3 and contribute heavily in the return game on Day 1 for any team that drafts him.

Cons: Undersized, easily thrown off by larger defensive backs at the line, inconsistent in contested situation