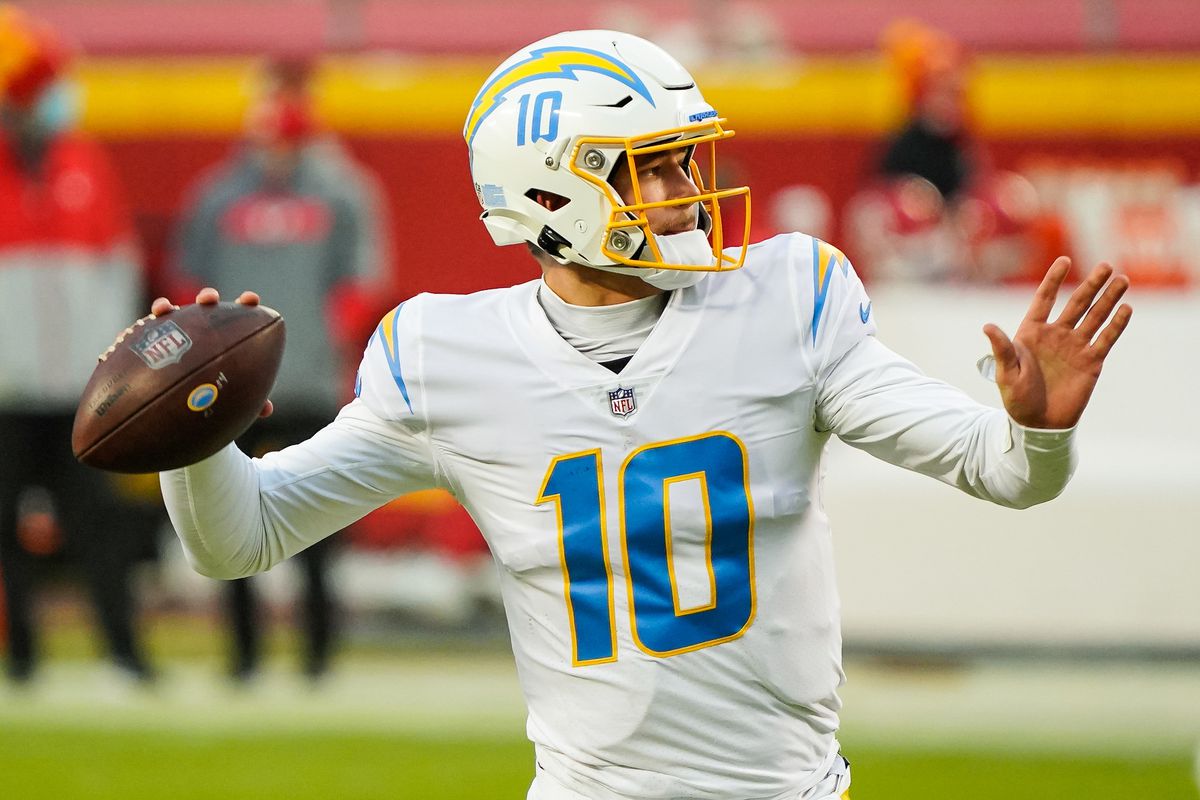 Los Angeles Chargers quarter Justin Herbert has been named the 2020 NFL Offensive Rookie of the Year. Herbert becomes the first Charger since Keenan Allen (2013) to win the award.

Heading into the 2020 campaign, many believed that Herbert would be the worst between he, Joe Burrow and Tua Tagovailoa. However, the narrative changed as soon as Justin took his first snaps in week two. It was against the defending champion Kansas City Chiefs where Herbert made a name for himself. Coincidentally, he had no idea that he was starting until after kickoff due to a punctured lung to Tyrod Taylor. The Chargers lost that day but it was the play of Herbert that had many excited for the future.

During his historic season, Justin continued to break record after record every week. The most notable one being the rookie passing touchdown record (31) surpassing Baker Mayfield (28). In addition he also has the most total touchdowns by a rookie at 36. Justin also is the second player in NFL history next to Patrick Mahomes to put 4,000 passing yards through their the first 14 career starts. But that’s not all for Herbert, he also has the most completions for a rookie at 396 and second in passing yards (4,336) by a rookie in NFL history.

With Herbert running the show for the coming years, the newest era of Chargers football looks bright. Now it is up to the Chargers front office to supply Justin with the necessary pieces to win a championship.