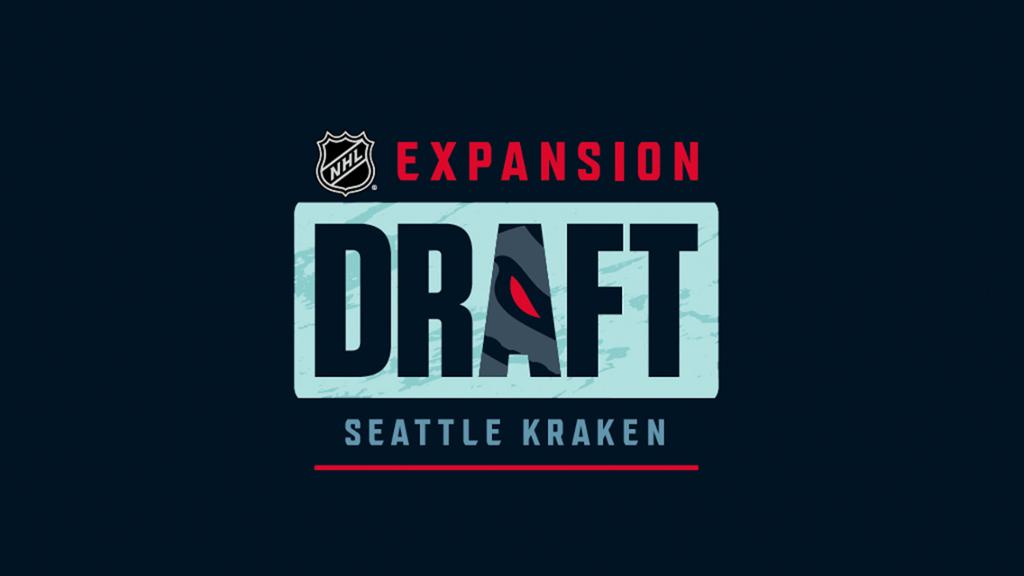 The expansion draft is just around the corner. Around the NHL, teams have locked up their most prized possessions with the Kraken coming around. Did your favorite players make the cut, or were they left to sink or swim in Elliot Bay?

Since there is so much up in the air with an expansion draft, this was more just for fun. It felt just like starting a new team in NHL 21, but more real. Playing around with the possibilities on CapFriendly for 30 minutes showed just how many options there are for Seattle. What will actually happen is anyone’s guess. But for now, here are my 30 selections for the Seattle Kraken’s expansion draft.

There are a couple picks that I wanted to expand on. Among them, the first is the goaltenders. Washington’s #41 Vitek Vanecek showed a lot of promise last year. However, despite playing more games last season than #30 Ilya Samsonov, he was left available. Unfortunately for Washington, they have two promising young goalies headed into an expansion draft. Consequently, one of them had to be exposed. Pairing the younger Vanecek (25) with a veteran who just went to the Stanley Cup Finals, like #31 Carey Price, seems like a recipe for success. It is only made better by another young and successful goaltender in #60 Chris Driedger. Although, yes, Price does come with a hefty price tag. But contrary to what Luther Vandross and Janet Jackson told us, the best things in life, or in this case, an expansion draft, are not free.

omg seattle should announce a pick at the first ever starbucks and have a barista announce the name like “umm carson pierce?” and then ron francis looks at the camera and is like “i think you mean carey price”

Another set of picks is a quartet of young defensemen. Carolina’s #24 Jake Bean, St. Louis’ #29 Vince Dunn, Tampa’s #52 Cal Foote and Toronto’s #23 Travis Dermott are all born in or after October 1996. In a sport where defensemen can age like a fine wine, just ask #33 Zdeno Chára, a good young blueliner can work wonders eight years down the road. Accordingly, these four have the potential to transform the Kraken into a defensive powerhouse, educated by the likes of #22 Kevin Shattenkirk and #5 Mark Giordano. Even if Seattle does not take all four players, any combination could be a tremendous asset.

The last couple of picks to talk about are the two most expensive forwards on the roster, #7 Jordan Eberle and #16 Max Domi. Eberle has never not worn blue, white and orange professionally so the new color scheme might take some getting used to. But he certainly knows how to score some points. Across his last three seasons, he is averaging over 36 points per year. While he is no #97 Connor McDavid, that is still not a bad run.

With Domi, it seems like Columbus is almost daring Seattle to take him. After all, Domi is recovering from shoulder surgery and hits free agency next year. Strictly using analytics, this is where you pass over him and select someone else. But as helpful as analytics are, they do not tell the whole story. His stint with the Jackets could have been a flop because of conflicts with John Tortorella. For this reason, a change in scenery might be in order. In Seattle, he could have a chance to showcase his best self and flourish, the keyword is could. It is not a guarantee, but it could have a big payout.

Columbus traded William Karlsson to Vegas in part to protect Josh Anderson, then traded Josh Anderson for Max Domi, and now risks losing Domi to another expansion team for nothing.

There you have it! Every single pick that the Seattle Kraken will make in their expansion draft on Wednesday night. Were there any picks I missed? Who should Seattle take instead? Be sure to let me know. Keep following along on Back Sports Page to catch up on all the fallout after the draft.

Stanley Cup Champions: How the Tampa Bay Lightning Built Their Cup Winning Team
Barkov Continues to Contribute On and Off the Ice