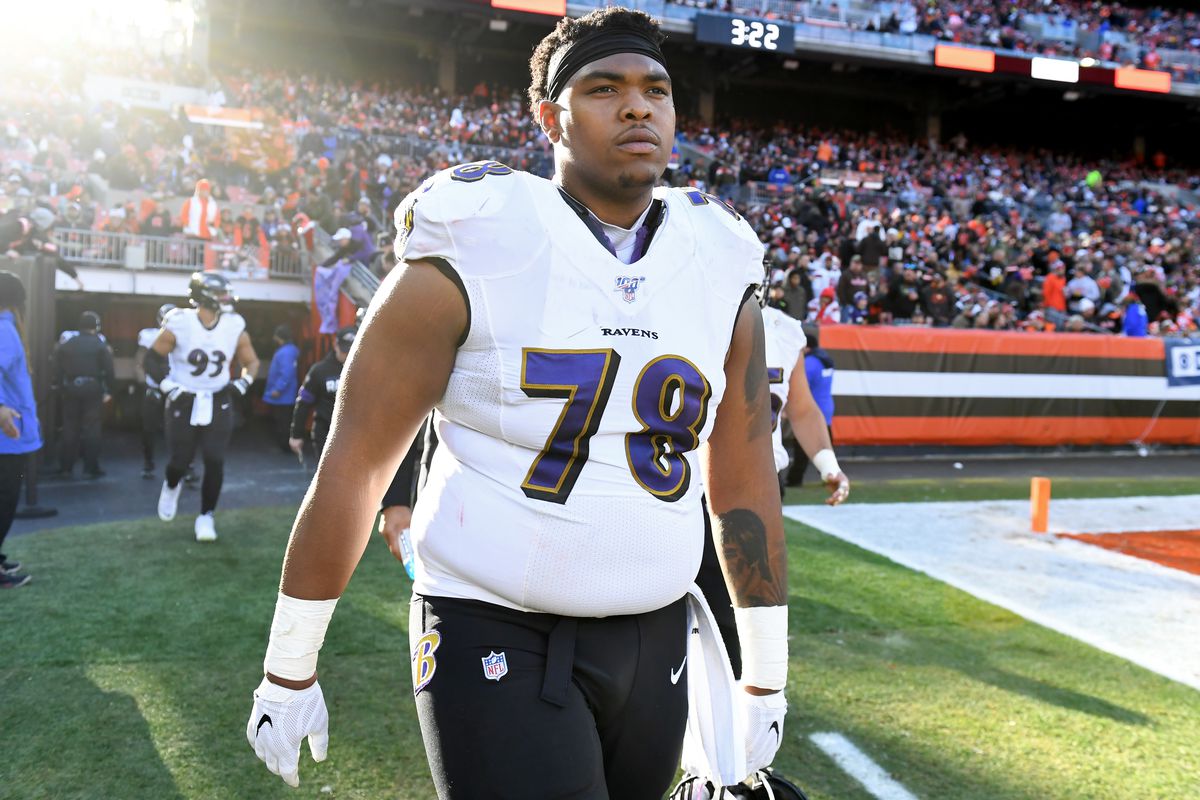 The Los Angeles Chargers are among the teams who have interest in acquiring Baltimore Ravens left tackle Orlando Brown Jr.

General Manager Tom Telesco has made it abundantly clear the Chargers need help at the offensive line. Especially now since they have their franchise quarterback in Justin Herbert. Heading into the offseason there are a few options the Chargers can take in upgrading their line. A trade for Brown is a viable one the team should look into.

Why On the Trading Block

At 24 years old, Orlando is a two-time pro bowler and is among the best at his position according to Pro Football Focus. Not to mention that he is on the final year of his rookie contract. But why would the Ravens trade such a promising asset when they themselves have found their quarterback of the future?

The reason being is that the Ravens have found their left tackle in Ronnie Stanley. As a result of this, the Raven ideally want to move Brown to right tackle. However Brown isn’t happy with that idea. Over the past couple of weeks, Browns made it apparently clear on his twitter he has no desire in playing any position but left tackle.

What Will It Take To Join the Chargers

There are a few scenarios in which Brown can join the Chargers this offseason according to Chargers Wire. Mike Williams and the 13th overall pick in the upcoming NFL Draft are viewed upon as the most enticing offer. Mike Williams serves as a much needed down the field threat in which the Ravens are in much need of. In addition no team will resist a first round pick especially when it comes to a player they are looking to trade away.

What the Chargers Will Get In Brown

This past season the Chargers’ left tackle Sam Tevi was among the worst at the tackle position according to PFF. He was ranked 23rd in offensive snaps played, tied 30th in penalties and tied for 51st at sacks allowed. This past season Justin Herbert was among the most pressured quarterbacks. If it were not for both his quick release and reads, he could have been sacked much more.

In the case for Brown, he has started all 32 games over the past two seasons for Baltimore and has appeared in 48 games with 42 total starts. While playing left tackle this past season, Brown did not allow a sack in pass protection and allowed 19 total quarterback pressures.