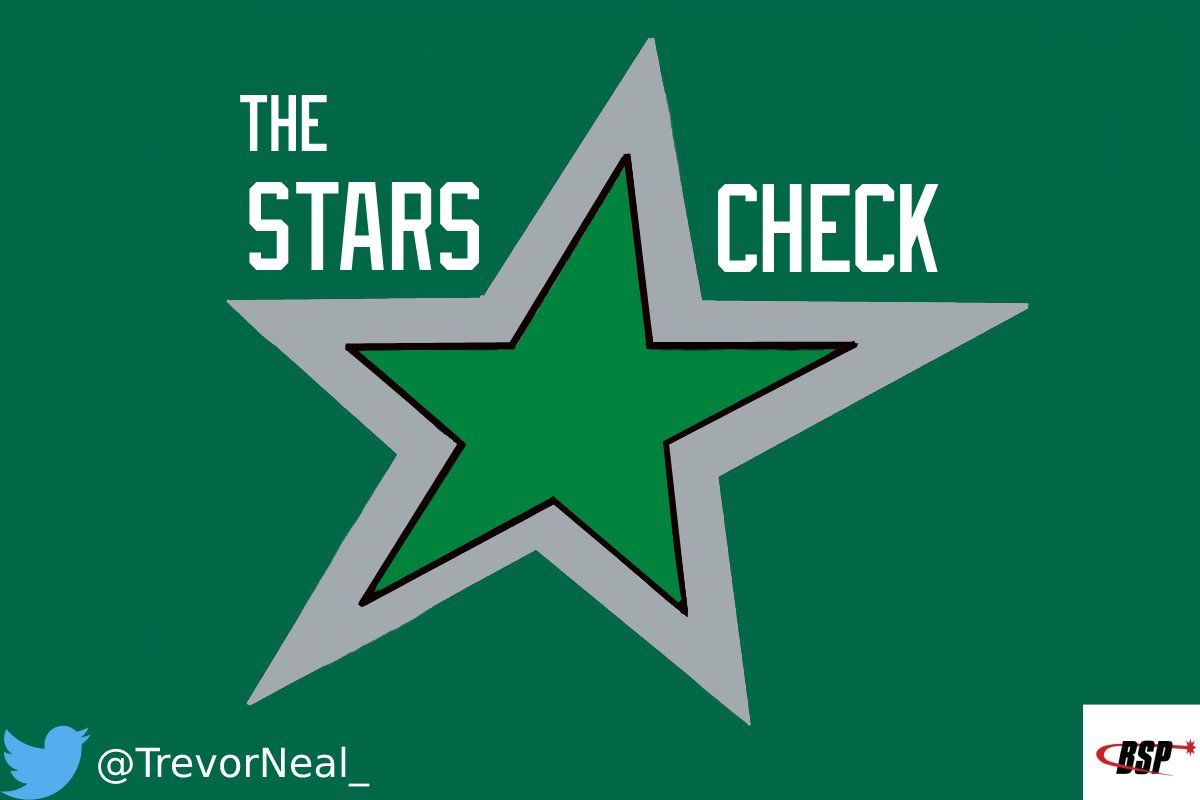 Welcome back to The Stars Check here at Back Sports Page. The weekly blog for the casual Dallas Stars fan.

What a week it has been for the Stars. The week has been dominated by great goaltending performances by both Oettinger and Wedgewood. But said performances have overshadowed some growing stories surrounding the team.

The week started with a bit of a west coast run before coming back to Texas to start an 8 game homestand. It kicked off with a 4-0 win against the Vegas Golden Knights, Jake Oettinger posted his first of two shutouts of the week. The Stars followed that up with a slightly disappointing 5-3 loss to the Sharks. The team responded to the loss in San Jose perfectly. Posting two consecutive 4-0 shutouts, one in Los Angeles and then back home against Arizona. Their most recent game was a 3-2 loss at home against Buffalo.

The next week or two is going to be vital for the Stars. It’s all home games, but they have to play some tough teams. They take on the Hurricanes tonight, Devils on Friday, easier games against Anaheim and Minnesota but then Tampa and Boston. Their only one point up on Winnipeg for the lead in the Central Division, and getting these points during the homestand is crucial to maintaining that.

There’s a lot of buzz around the Stars at the moment, and a whole lot to be happy about right now. Wedgewood got right back on track after his poor showing against Calgary. He got a much needed shutout for him personally against L.A.  Tyler Seguin also had a week to be proud of. He really needed to step up in the absence of Roope Hintz, and was thrust into the first line center role. He played great, and showed his still the Tyler Seguin we’ve come to love. Him and Jamie Benn are still having redemption seasons that’s going overlooked across the league.

The good news is that Roope is back, and had a great game against the Sabres. He grabbed an assist and looked ready to pick up where he left off. While Roope coming back is great news for the team as a whole I really think it’ll benefit Mason Marchment. He only has one assist in the calendar year, and hasn’t scored a goal since December 13th against New Jersey. He’s had a lot of struggles recently getting on the score sheet. Roope Hintz coming in and out of the lineup seems to have played a factor. The lineup has seen some shuffling and Mason has seemed to have trouble finding a rhythm. Staying on a consistent line that fits him should put him back to where he was to start the season.

The last note for today is the spot going between Joel Hanley and Nils Lundkvist. It’s only the 6th and 7th defenseman slots but with the price the Stars paid for Nils, Stars fans are concerned it’s been a waste. He’s still young, only 22 and he has a lot of development left to do. Head Coach Pete DeBoer has said the offence is there for him, he still needs development of the defensive side of the puck. But the trust is still building. I don’t think there’s any reason for concern with him as a scratch. He’s a great player, his time on the team will come and I think he’s going to end up being a crucial piece of the team for years to come.

The Stars play Carolina tonight, and the New Jersey Devils on Friday. Following that they’ll have their week break and play again Monday the 6th against Anaheim.