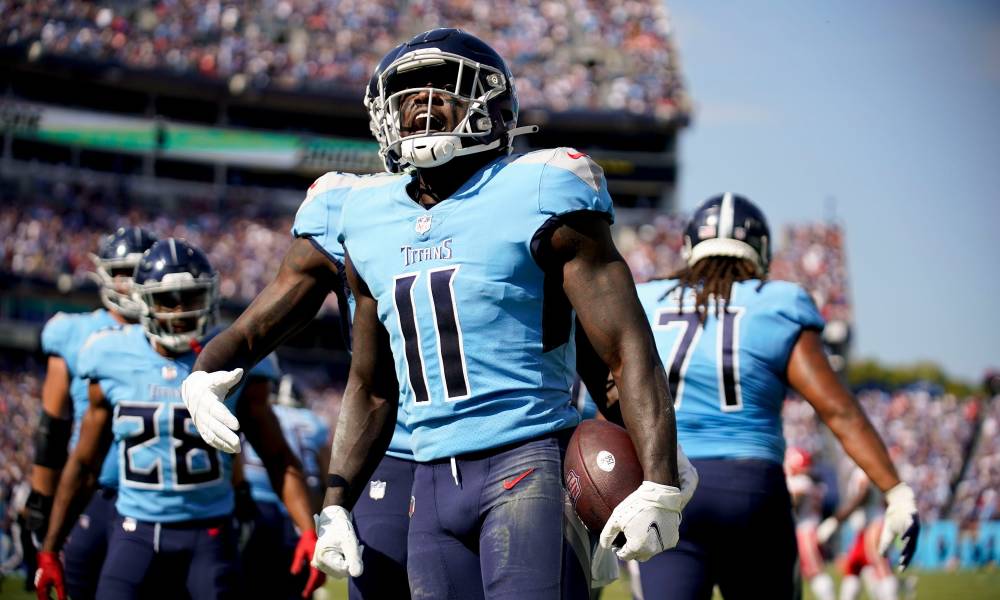 The Chiefs have now beat the Bills and Chiefs in back-to-back weeks. They are proving to everyone they are true contenders. Meanwhile, the Chiefs are in an crisis as they continue to struggle. Mahomes is on the worst stretch of his career, and Sunday didn’t get any better for him.

The Titans offense wasn’t as efficient as usual running the football as Derrick Henry ran for just 3.0 yards per carry. Tannehill, however, was superb. He threw for 270 yards on 21-27 passing. The offense moved the ball pretty willingly throughout the game.

The Chiefs offense was disastrous. Mahomes had what might have been his worst game as a pro. He was 20/35 for just 206 yards without a TD. He also threw an INT. This was not his best day for the offense who finished with 334 total yards. Over the last three games, Mahomes has thrown five interceptions, and only four touchdowns.

The Titans defense couldn’t really have been asked to do more than what they did. They held the Chiefs offense to its lowest in Andy Reid’s tenure with Kansas City. They forced the Chiefs into throwing pretty much all game. The RB’s of the Chiefs had a total of just 5 carries, all by Darrel Williams. They sacked Mahomes 4 times. They made him uncomfortable all game. Terrific performance by this defense.

The Chiefs defense was actually for once not entirely the problem. They deserve credit for holding Derrick Henry somewhat in check and that’s more than pretty much any other team has done this year. They weren’t good in coverage and Tannehill made them pay, but overall they improved the run defense this week and that has been their biggest issue on their already weak defense.

The Titans have asserted their dominance in the AFC now. They have a dominant rushing attack that sets the tone in every game. Their defense has consistently gotten better. They should be a threat to win the AFC as they showed they can hang with the likes of both the Bills and the Chiefs in the past two weeks.

The Chiefs are in a rut right now, but I do expect them to turn things around. They aren’t exactly losing to bad teams. The Chiefs should still be a threat to not only win their division, but to win the AFC. They just have a lot of work to do and need to get it done in a very short period.