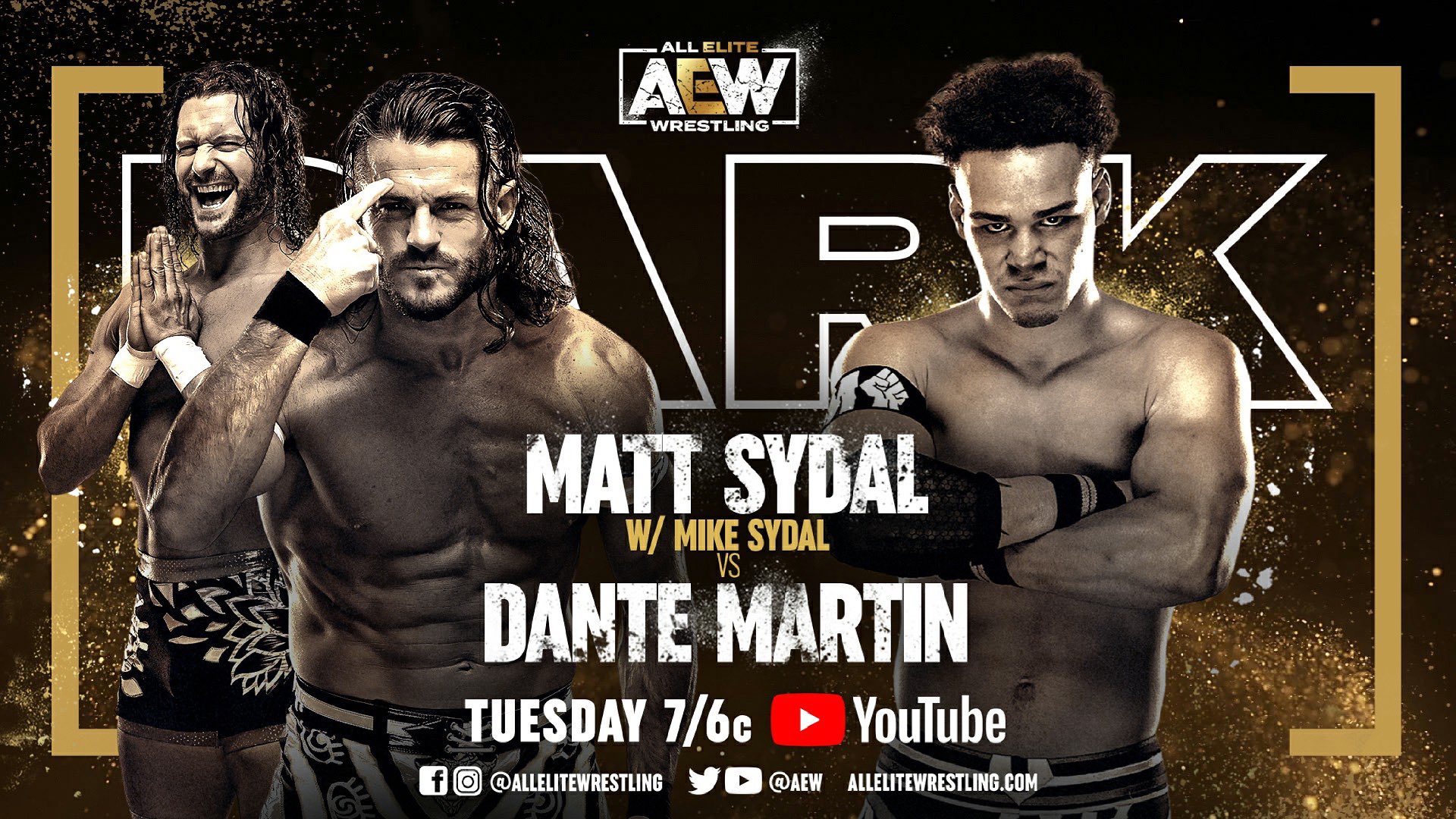 A blend of old school vs. new school met June 26 on an episode of Saturday Night Dynamite. Despite first impressions, this match surpassed expectations and made for a memorable one.

The match of the month typically stands out among the rest. But two episodes of Dynamite put on a number of great performances. These episodes took place in the last week on Saturday Night Dynamite, June 26 and then on June 30. There were four incredible matches that stood out, but which one received the top marks?

Of course, the Young Bucks threw their hat into the ring again. Having already claimed the title in both April and May, they know how to have a great contest. MJF and Sammy Guevara had their first one-on-one match in AEW which was great also. Of course, the AEW Champion, Kenny Omega could not resist having a classic with Jungle Boy.

The Match of the Month

There was one match though that flew under the radar when it was announced. After all, (a few) fans had already seen a rendition of this match happen on AEW Dark earlier this month. The sub 10 minute match between Matt Sydal and Dante Martin was a thrilling spectacle. A retelling of old school versus new school between the pair had fans on the edge of their seats.

The match aired on June 26 during the episode of Saturday Night Dynamite. It was the second match on the card and followed Hangman Adam Page vs. Powerhouse Hobbs. Putting on a match that follows one of the best wrestlers on the planet is no easy task, but Matt and Dante were up to the challenge. Both men have not been seen on Dynamite very much. The match seemed like an extended tryout for the pair before heading back out on the road.

The two intertwined their quick, fast paced offense together in an exciting contest. Despite there not being a clear heel, Sydal seemed to assume the role as the older and more experienced wrestler. But even still, with the agility and athleticism that Sydal has, it is almost impossible to boo him.

Dante Martin has five years of in-ring experience. While performing in AEW, he had 11 matches where he teamed with his brother, Darius. An unfortunate injury for Darius meant Dante would either wrestle solo, or not at all. Like the hard worker he is, Dante began wrestling alone. Until this match with Sydal on Dynamite, he had just 12 singles matches in All Elite Wrestling. All but one of those contests was on either AEW Dark or AEW Dark: Elevation.

Working in a new environment is ever easy, but Martin took to flying solo like a fish to water. His progress was on full display in this Saturday Night Dynamite showdown. He was able to do more than acrobatic high spots and finishers, a common complaint about younger talent. Of course, it helps having a 20 year veteran to guide you along. But like the old saying goes, “it takes two to tango.” No matter how proficient you are as a wrestler, in a legitimate sports setting, you need the two parties to harmonize, and that is exactly what happened.

Quick sequences and exciting counters were synthesized with chain wrestling and intelligent psychology. The duo started with exchanging ground sequences and classic holds. Then they slowly picked up the pace and went ‘air borne.’ Sydal wisely attempted to take out Martin’s legs, his base for the high flying maneuvers, as a smart veteran would. This forced the younger competitor to step up his game.

Even with the damage done to his lower body, Martin’s resilience showed through. He fought through the pain to deliver a beautiful front flip into a stunner for a near fall. But his excitement caught up with him. Martin’s ascent to the top rope caused his downfall. Sydal was able to take advantage of Martin’s tweaked knee upon landing. In five swift seconds, the match was over.

It was a great match between these two men. I do not think many people anticipated the quality of the contest considering it was a rematch from AEW Dark, released on June 8. Nevertheless, Sydal and Martin had a thrilling match. One that I would love to see at least one more time. These two paired together seemed reminiscent of the saga between Cody Rhodes and Darby Allin. Most of the matches act as learning experiences for the younger competitors. But one day, their hard work and training might pay off and give them a big win over one of their toughest roadblocks.

With AEW back out on the road, we will surely be privy to some more exciting matches coming up. July has Road Rager, both nights of Fyter Fest and Fight for the Fallen to show off. Stay tuned to Back Sports Page to see who brings the firepower to deliver July’s match of the month.

To catch up on the previous editions of Match of the Month, click below.