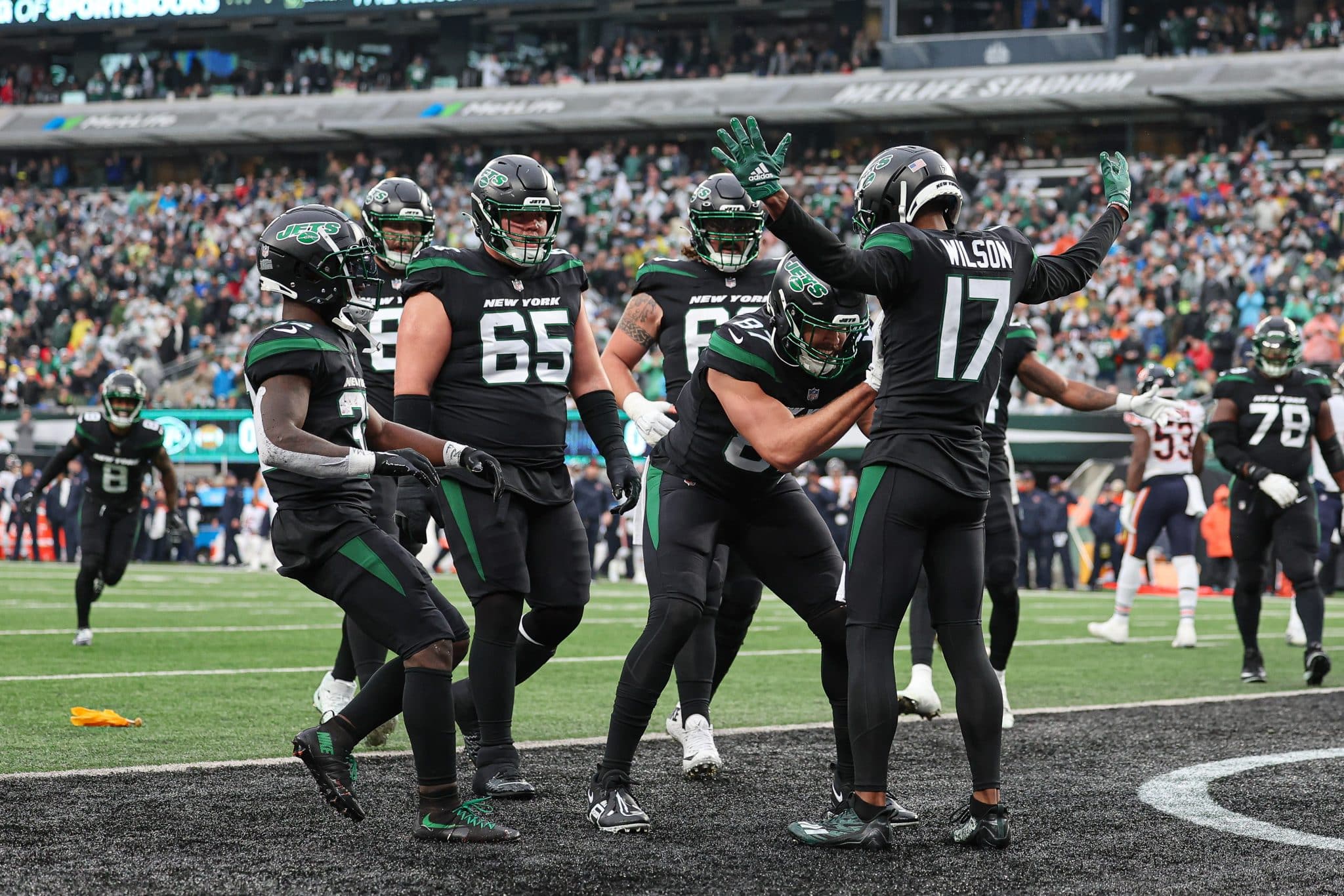 This offensive report card will feature each offensive position group featuring starters and depth of the New York Jets roster and giving them a grade. These grades should give insight for what the team needs to upgrade over the off-season.

After finishing the season 7-10, the Jets playoff drought extends another year which is the longest active drought in the league. They have not made the playoffs since 2010 where they went to the AFC Championship Game in back-to-back seasons.

Simply put this is easily the worst position group on the Jets roster. A mediocre quarterback would have gotten them to the playoffs this past season. Instead they had four below average quarterbacks in Mike White, Zach Wilson, Joe Flacco, and Chris Streveler. They need to go all-in to acquire a quarterback whether it is Aaron Rodgers, Derek Carr, Jimmy Garoppolo, or Lamar Jackson. Streveler before this season was an CFL quarterback who was getting opportunities over former second overall pick in Wilson. Wilson was even compared to major draft bust Jamarcus Russell as their statistics are very similar. Two of their quarterbacks had a negative touchdown-interception ratio which makes it very difficult to win games when you turnover the ball more than score. They also have not had a quarterback throw for at least 20 touchdowns since Ryan Fitzpatrick in 2015.

Their running back room is very talented but this group was interesting as their were many players used. Going into the season, their starter was rookie Breece Hall who looks like a future superstar and potential offensive rookie of the year before tearing his ACL in his seventh game. They also have second year running back Michael Carter who is more of a receiving back who was asked to step up in wake of Hall’s injury. However, that did not work out and in a low-risk, high reward move, they traded for James Robinson. He also was not playing well which led to the breakout of undrafted free agent Zonovan Knight. The Jets have a very good problem at this position going into next season as they have four talented players at the position.

This wide receiver group is led by rookie standout Garrett Wilson who had 1,103 receiving yards and four touchdowns. Due to the Hall injury, he has a great chance of winning offensive rookie of the year. Behind Wilson is veteran Corey Davis and second-year receiver Elijah Moore. Moore had an interesting season as at one point he was not playing and wanted to get traded after voicing his frustrations. However, he did not get along with former offensive coordinator Mike LaFleur. Also, with better quarterback play, the duo of Davis and Moore can be a better supporting cast for Wilson.

This tight end group was also very interesting as they have not had a tight end with at least 500 receiving yards since Chris Herndon in 2018. They attacked the tight end position this past offseason by signing Tyler Conklin, C.J. Uzomah, and drafting Jeremy Ruckert in the third round. Conklin finally snapped that streak as he logged 552 receiving yards and three touchdowns. However, it was shocking to see Ruckert not that involved in the offense. He missed a few games earlier on in the season due to injury but he appeared in nine games and only had one catch. For a third-round pick and as talented as he is, he should be more involved in the offense.

Coming into the season, offensive line was a question mark as they were without one of their best offensive lineman in Mekhi Becton for the whole season. They tried to replace him by signing Duane Brown however, he dealt with injuries as well. This unit was ridiculed by injuries as George Fant, Alijah Vera-Tucker, and Max Mitchell each did not finish the season either. When their offensive line is healthy, this unit is not bad, however, some of these players are injury prone especially Becton as he has dealt with a lot of injuries in his short career.

The Jets offensive report card overall is a B-.