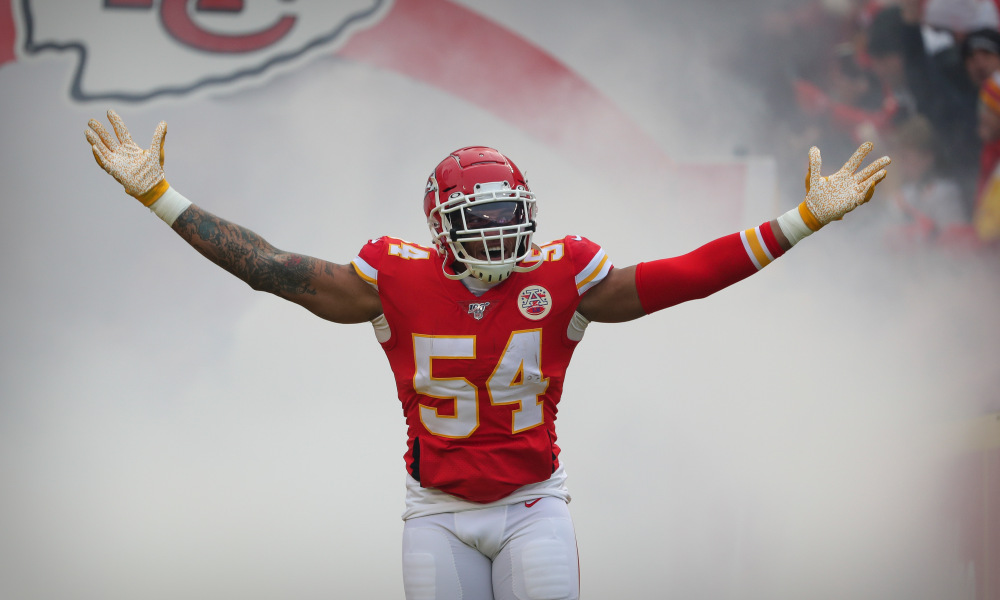 The press conference train at Back Sports Page just keeps on rolling. We got content for Tom Brady, Ronald Jones and Antonio Brown yesterday. I’ll be bringing you the latest from safety Jordan Whitehead and Chiefs linebacker Damien Wilson.

Whitehead shared the opinion of many of his brethren in the secondary and coaches on the Chiefs offense. He said their best attribute was their speed (calling back to Tyreek Hill turning a short pass into a 60+ yard gain) and Mahomes ability to extend plays out of the pocket. Whitehead said Mahomes was just built differently. He especially pointed out Mahomes’ ability to launch the ball far downfield off his backfoot. Just like his coach, Whitehead said staying disciplined and focused against Mahomes was the key. Whitehead said that playing against the Buccaneers elite offense each week in practice gives them confidence to play anyone.

On His Own Team

Answering my question about Antoine Winfield Jr, he said he knew the rookie was legit from the beginning. They worked out together in the offseason, and Winfield’s attitude and work ethic were so impressive. His favorite thing about Winfield Jr. is his willingness to “bring the wood” and tackle hard. They both love to tackle, which helps them be on the same page. Whitehead said communication amongst the secondary was the key. The secondary has to be on the same page to prevent the busted coverages that killed them in their first meeting. Whitehead said that the secondary’s dead last ranking the year before gave them a chip on their shoulder. They’ve had to grow a lot as a younger group. Luckily, they had Todd Bowles, a former safety, that really helped them out. Whitehead said Bowles is the smartest coach he’s been around.

Whitehead used the word blessed to describe what the Super Bowl means to him. He said not many people have a chance to play for one. Injury-wise, he says he’s progressing well and he’s healing up. He was limited at practice yesterday and is happy where he is right now.

On Off the Field Issues

Whitehead said he listened to a lot of Michael Jackson for inspiration during the BLM movement and subsequent times. Songs like Black and White and Man in the Mirror spoke to him. He also talked about his mentorship program that he and many other Buccaneers players participated in. Whitehead said they had the time of their lives, talked with some great people. He really liked that he could provide something for these kids that he didn’t really have.

Wilson was asked quite a few questions about his alma mater, the Minnesota Golden Gophers. He was excited that there were three former Gophers that will be in the Super Bowl (two on the Buccaneers) and he regularly keeps in touch with his former teammates that are in the league. He said the Gophers are on the up and up as 2019 was probably one of the best years of the program. His best memories of the program were when he saw snow for the first time, and his junior year where they won basically every game in the Big 10.

Wilson was very complimentary of the Buccaneers running backs. He said both are really elusive, and that tackling would be the key to keeping them contained. When talking about Rob Gronkowski, the Wilson said they plan to contain him in the passing game by keeping inside leverage. However the Chiefs are worried about Gronk as a blocker in the run game, with Wilson saying Gronk somehow improved in his time off. Even though they faced each other in week 12, Wilson said he expected the Buccaneers to look completely different from that time.

Preparing for Josh Allen was very different than Brady, considering Allen’s mobility. Wilson did emphasize that he’s treating this like any other game. Even though it’s the Super Bowl, it has the feeling of an away game especially since they aren’t in Tampa yet. They are just doing their regular thing with an extra week. That being said, Wilson is excited to go for two straight championships as that would be a great piece of history to be a part of.

On Off the Field Issues

Wilson was excited that it was Black History Month. He said it was great to be able to pay homage to the people who came before. He loved being able to celebrate the people who made it so he can be on the same bus and use the same shower as the rest of the players. Wilson doesn’t mind that the Chiefs offense gets all the media attention and awards, he’s perfectly happy for the defense to keep quiet and do their thing. In fact, he said getting the ball back for the offense is the defense’s main goal. Sometimes that can backfire, as the offense scores too fast before they can get some rest! He also talked about how Covid made this season difficult, with the pandemic taking away so many things that he took for granted.

That’s it for day three of the conferences. Day 4 and 5 are incoming! Keep it at Back Sports Page for all your Super Bowl press media week needs!

The Evolution of the Quarterback: The 70’s
Justin Herbert Named 2020 NFL Offensive Rookie of the Year